If you look in the index you will find that under “hemorrhage” there are entries for at least 16 of the 19 chapters in ICD-10-CM! It is a miracle of anatomy that we have this complex, personal ocean of cells, nutrients, and substances coursing through our bodies keeping us alive minute by minute but there are many causes for hemorrhage and many problems that occur when our blood ends up in places where it doesn’t belong!

Blood has so many functions it’s amazing it can manage them all: 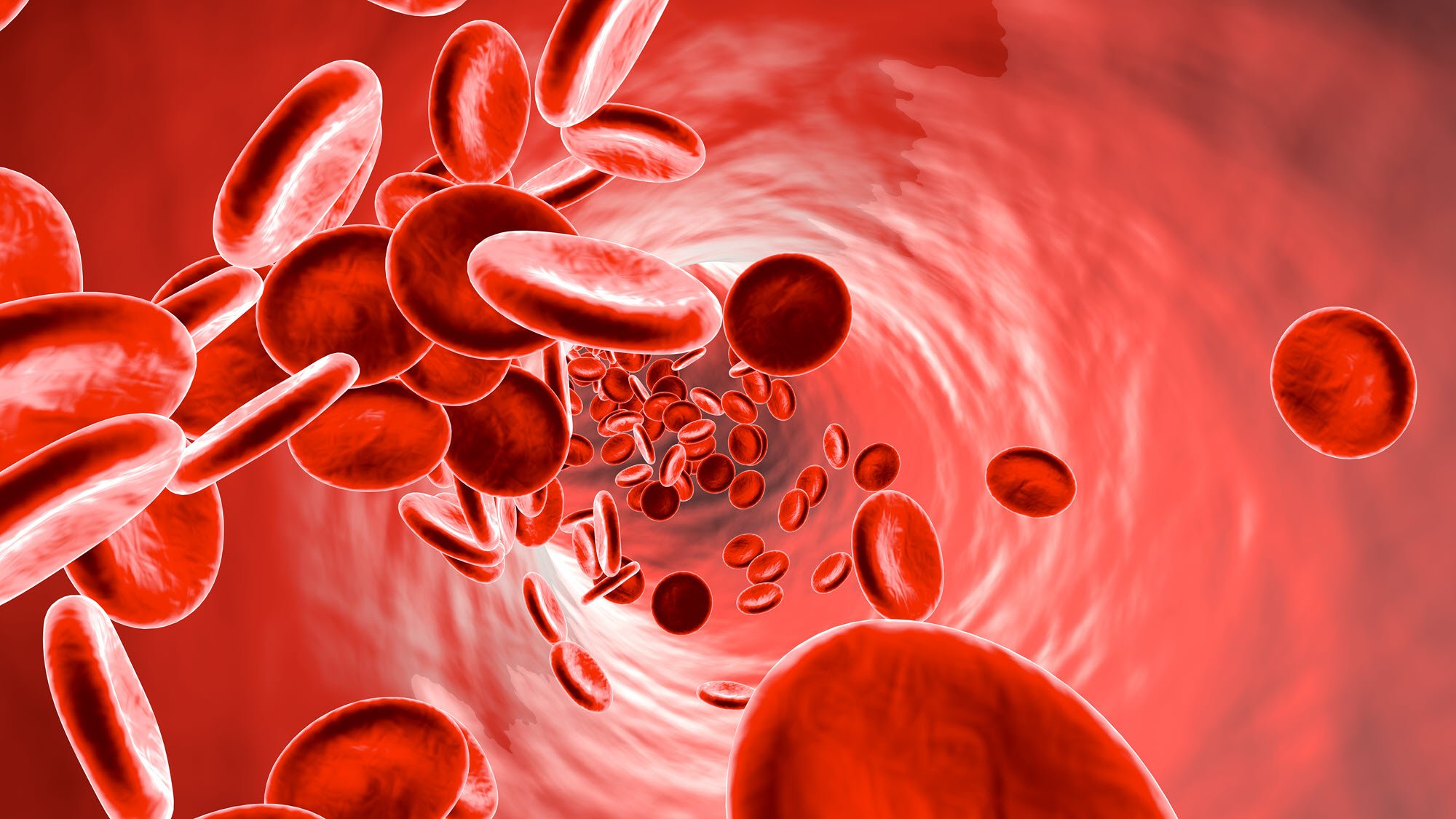 Think about ability of blood to remain fluid in our arteries and veins but to stop itself from flowing out of the circulatory system when holes and defects occur. We have about 100,000 miles of arteries, veins, and capillaries in our bodies and these leaks occur spontaneously thousands of times per day, only to be automatically plugged up by substances in the blood, and we can take it all for granted. But what happens when this fine balance is disrupted? The blood can clot too readily or not quickly enough, and there are many conditions for coders to know in order to manage the coding correctly.

For example, there are the inherited defects in the very complicated coagulation cascade: the hemophilias. It’s right in the name, these patients love to bleed. The classical hemophilias are type A factor VIII deficiency, type B factor IX deficiency (Christmas disease), and type C factor XI deficiency. There’s also the inherited Von Willebrand’s disease and acquired condition of Vitamin K deficiency, which causes deficient production of factors II, VII, IX, X. You probably noticed all those Roman numerals. Yes, there are 13 named “factors” and another 10 or so substances that all must be functional and in balance with each other for proper clotting to occur, and not when it shouldn’t! To get the coding right, we coders must recognize the underlying clotting disorder, the actual hemorrhagic condition, and the injury or etiology causing the bleeding to occur.

Now what about those substances that keep the coagulation process in check, and dissolve clots when the healing has occurred? Plasminogen is the enzyme that is built right into every clot and is activated by a number of mostly gradual processes to turn into plasmin, which actually dissolves clot. What an amazing system for the clot to clean up after itself! In medicine, we use this process to therapeutically and quickly dissolve clots where they shouldn’t be and may be impairing blood flow. CVA, MI, and pulmonary embolus are some examples of obstructed blood flow where quick dissolution of the clot may save the patient’s life or prevent serious disability. Enter tissue plasminogen activator, or tPA, which is a thrombolytic protein that turns on and amps up the plasminogen in the clot to cause it to dissolve itself. It’s pretty miraculous stuff!

Thrombolytics like tPA are cousins to two other classes of drugs, the anticoagulant and the antithrombotic (anti-platelet) medications, which work by inhibiting certain of the coagulation factors or platelet function, respectively. Coumadin is a classic example of an anticoagulant, and Plavix is a common antithrombotic. These allow the balance to swing slightly in favor of clot dissolution, so they keep clot formation from getting out of hand. But they also affect the normal and necessary routine plugging of small holes in those miles of blood vessels, and they can allow bleeding into places where blood doesn’t belong, like the GI tract, pulmonary system, integumentary system, and CNS. To code these right, coders must know from which class each medication comes. Use your ICD-10 Table of drugs for this, and research any unlisted medications for their actual classification. It’s interesting to note that while aspirin exerts its blood-thinning effects by impairing platelet “stickiness”, overthinning of the blood by aspirin is coded not to adverse effect of antithrombotic but to adverse effect of aspirin.

Aha, when is it an adverse effect vs. a poisoning? Sometimes the degree of hemorrhage caused or contributed to by thrombolytics, anticoagulants, and antithrombotic can be so impressive that it “feels” like coding a poisoning would be correct. But remember, it’s all about the dosage and how it was taken! No matter how thin a patient’s blood got due to coumadin use, or how bad the hemorrhage, it’s only coded as a poisoning if they took it other than prescribed.

Whether due to therapeutic treatment gone awry, or an injury, or happenstance, there is no limit to the organs and tissue types were blood may end up during hemorrhage, or outside the body itself. Hemorrhage may cause issues with the destination organ system or with the functioning of the blood itself. Clinically, blood loss anemia can be acute, chronic, or both. In each case, the oxygen-carrying capacity of the blood is diminished and all the body’s systems suffer. Usually we will need to code the blood loss anemia, the bleeding site, and any contributing factors like, you guessed it, blood thinners. Remember to only code acute blood loss anemia when both acute and chronic exist.

A common cause of blood loss anemia is gastrointestinal bleeding. Conveniently for coders, many GI conditions have combination codes that build in the hemorrhagic element. These include, by GI site:

Happily for us, the “with” coding guideline allows us to assume that “GI bleeding” comes from any of these conditions, when documented, enabling us to use the combination code.

With GI bleeding, the chief clinical issue is the anemia that can result. But what about when blood ends up in the brain tissue, in the pericardium, into the pleural cavity or the peritoneal cavity? This causes problems right there were the bleeding is, and there are distinct codes for each of these. When coding these, start with the default assumption that there is an injury, adverse effect, or external cause for the bleeding, as it’s very often the case. Nonetheless if you can rule out a cause in your coding, sometimes these conditions are spontaneous.

Take intracerebral hemorrhage, which can occur due to injury, aneurysm, CVA conversion, or spontaneously. The layer in which the bleeding occurs makes a world of difference in how it affects the patient. Subdural bleeding under the thick dura mater is usually venous, slow, and can spread out easily, therefore lessening the pressure on the brain. Blood is still irritating to brain tissue, and can compress it, so the size of the hematoma matters. Epidural bleeding is usually traumatic arterial bleeding of high pressure, with rapid onset, and localized to one site due to the way the dura is attached to the inside of the skull. This severely compresses the underlying brain, and is a surgical emergency. Hemorrhagic CVAs usually bleed under the inner, thin arachnoid layer. Brain cells (neurons) are exquisitely sensitive to pressure, ischemia, and the irritating effects of the components of blood, so there is often loss of brain tissue and function due to this type of hemorrhage. Remember all of these may be traumatic or spontaneous, and it is crucial for the coder to make the distinction before proceeding with coding.

There are so many more bleeding disorders and hemorrhagic conditions to explore! When you code such cases, remember to always consider not only the bleeding itself, but the underlying cause, and the ultimate manifestations of the hemorrhage. As coders it can be really satisfying to understand the whole picture and getting the coding right.

Ed has been in healthcare his entire career with 15 years as a clinician and 11 years in a variety of HIM coding related roles. After 4 years as a respiratory therapist and 11 years as an emergency medicine Physician Assistant, the fascination with reading, analyzing, and translating medical documentation overcame his desire to perform patient care. For a guy with a habit for reading the Encyclopedia Brittanica, the Merck Manual, and medical records just for fun, HIM became a natural fit.

Ed has a BS degree in Biology from Virginia Commonwealth University and Master of Health Sciences from Duke University. Obsessed with aviation, he has a pilot’s license, 1000 skydives, owned an ultralight for several years, and currently designs, builds, and flies radio controlled airplanes and drones. Ed lives in Virginia with his wife and two kids, and plays outside with them as much as possible.