Angioplasty is a relatively simple procedure in concept: insert a balloon into an occluded artery, expand it, and the result (hopefully), is a patent vessel. The ICD-10-PCS codes for angioplasty are not so simple. Since PCS codes have seven characters, there are several ways coding can go wrong; here are six steps to ensure you are assigning angioplasty codes correctly.

As with all inpatient procedure coding, the first step is to identify the root operation or intent of the procedure. Angioplasty is performed to dilate occluded vessels, so the root operation is Dilation. The official PCS definition of Dilation is “Expanding an orifice or the lumen of a tubular body part.” Depending on whether the targeted artery is above or below the diaphragm, this will lead you to table 037 (dilation of upper arteries) or 047 (dilation of lower arteries).

Step 2: Branch of a Body Part Without a Specific PCS Body Part Value

The second step in angioplasty is to identify the body part or specific artery that is being dilated. That may sound very straightforward until you get to an artery that does not have a body part value in PCS or an angioplasty is performed on a bridging lesion. This is where the PCS guidelines come into play. 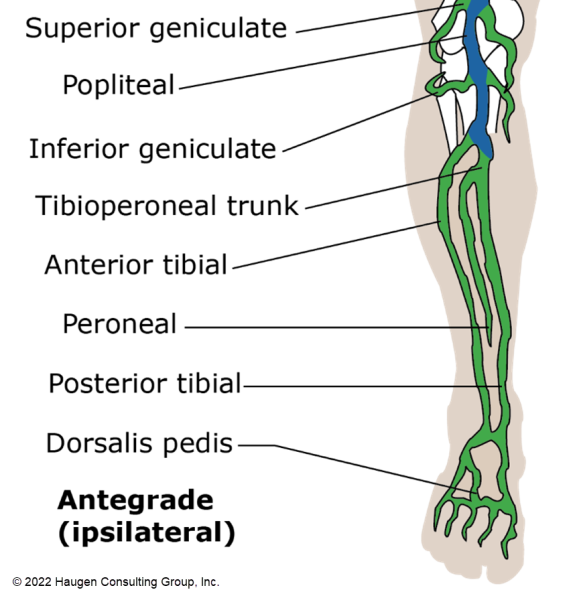 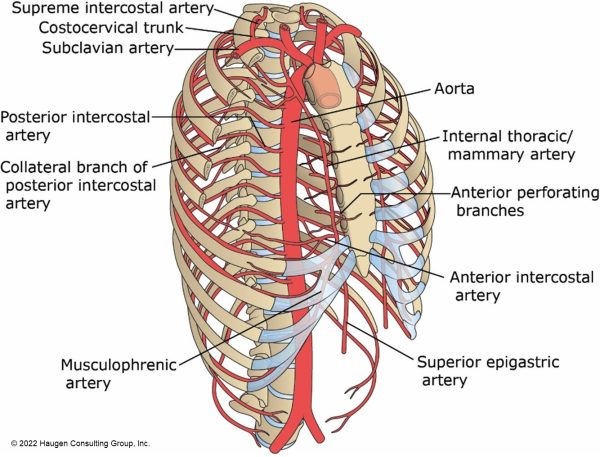 Don’t forget to use the Body Part Key if you aren’t sure which body part to select. The Body Part Key is based on the ICD-10-PCS guidelines and conventions. A good reference showing vascular anatomy is also helpful. Our VIR Flip Bits are a valuable tool for assisting in anatomy.

A bridging lesion is one that extends from one artery to another. OCG B4.1c addresses coding for bridging lesions and has changed a lot over the last several years. As of October 1, 2021, for fiscal year 2022, the guideline reads:

If a procedure is performed on a continuous section of a tubular body part, code the body part value corresponding to the anatomically most proximal (closest to the heart) portion of the tubular body part.

This guideline is used frequently when coding angioplasty. Remember to always code the artery closest to the heart, but don’t forget to apply the first guideline about body parts. If the most proximal artery is in a different body system, use the general body part value in either the Upper Arteries or Lower Arteries body systems.

The approach value is easy to misinterpret and it’s important to refer back to the official PCS approach definitions.

Transluminal angioplasty is performed by placing a catheter (instrumentation) into a vessel and advancing it past the lesion. The vessel can be accessed either percutaneously or via cutdown, where a small incision is made in the skin with dissection down to the vessel to be punctured. However, both procedures are coded to the approach Percutaneous because the procedural site is not exposed. The procedural site is reached with instrumentation. For example, the right femoral artery may be accessed via cutdown to perform angioplasty in the left popliteal artery. Even though the right femoral artery was exposed, the operative site is the left popliteal artery, which was not exposed. OCG B5.4 reinforces this logic:

Procedures performed percutaneously via a device placed for the procedure are coded to the approach Percutaneous.

Example: Fragmentation of kidney stone performed via percutaneous nephrostomy is coded to the approach Percutaneous.

While all angioplasty procedures utilize medical devices to perform the procedure (e.g., angiography and balloon catheters), the PCS definition of a device is one that remains after the procedure.

A device is coded only if a device remains after the procedure is completed. If no device remains, the device value No Device is coded. In limited root operations, the classification provides the qualifier values Temporary and Intraoperative, for specific procedures involving clinically significant devices, where the purpose of the device is to be utilized for a brief duration during the procedure or current inpatient stay. If a device that is intended to remain after the procedure is completed requires removal before the end of the operative episode in which it was inserted (for example, the device size is inadequate or a complication occurs), both the insertion and removal of the device should be coded. 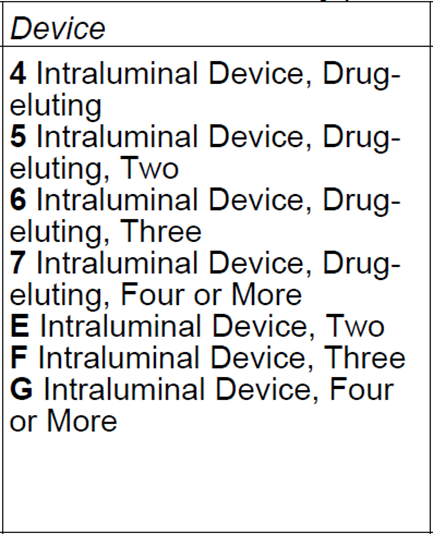 In PCS coding, the qualifier is the “potpourri” field in code assignment. It changes depending on the type of procedure and body part/system. In the Lower Arteries body system, there is a qualifier for a drug-coated balloon (DCB). This is part of the qualifier assignment rather than the device since DCBs are used for angioplasty but are not left inside the body at the end of the procedure. If documentation does not specify that a DCB was used, the No Qualifier (Z) character is selected. The Upper Arteries Dilation table (037) does not include an option for DCB since this device is currently not FDA-approved for use in the arteries above the diaphragm.

Putting it All Together

As you begin to code an angioplasty procedure, break down the documentation and begin with step 1.

Step 1: The root operation is Dilation.

Step 2: There is a body part for the specific artery angioplastied, so this step can be skipped. 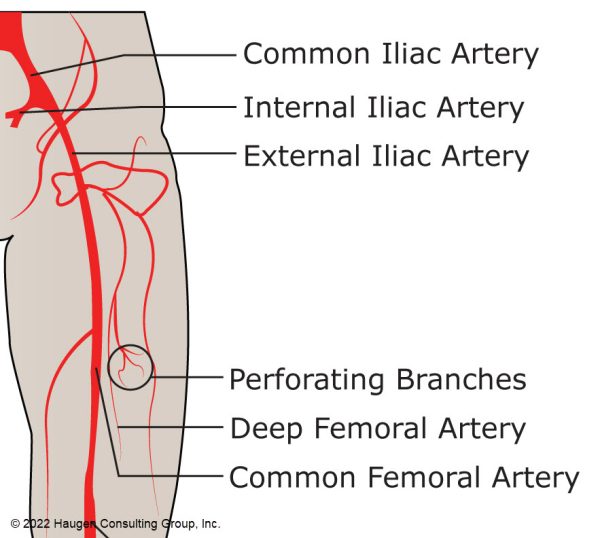 Step 4: The approach is percutaneous (3). The right common femoral artery was accessed percutaneously, and a catheter was advanced to the procedural site in the left leg.

Step 5: The device is Z (No Device). An angioplasty balloon was used, but no stents were left in place.

Step 6: The qualifier is 1 (Drug-Coated Balloon). A DCB was used during angioplasty.

The code and table selections are shown here: 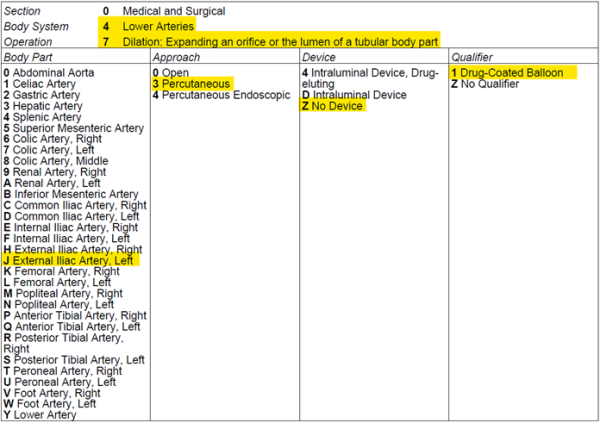 Coding angioplasty procedures touches only the tip of the iceberg for vascular interventional radiology (VIR) procedures. If you want to learn more about coding VIR procedures in ICD-10-PCS, be sure to check out this month’s two-part series of on-demand webinars!