Q: For concurrent infusions, does the drug have to run 16 minutes together or any time together at all?
A: Concurrent infusions should run greater than 16min together. Ref: https://www.cms.gov/medicare-coverage-database/view/article.aspx?articleId=53778

Q: If Alteplase is used prior to a chemo or therapy infusion, for a port/PICC line that is sluggish or not working, can we charge a 36593 for the Alteplase?
A: tPA of the line would be coded separately as thrombolysis using CPT code 36593. This is not the same as a heparin flush of the line, which is considered routine and inclusive of the infusion charge.

Q: Does there have to be medical necessity for a separate IV site to charge a 2nd initial infusion>?
A: It depends on the type of medical necessity and you should follow CMS guidelines for this.
Ref: CPT Assistant, December 2011, Volume 21, Issue 12, page 3 which states that only one initial service code 96365 should be reported. There may be a protocol or patient condition that requires the use of two separate IV sites.

Q: What would medical necessity be for the4 2nd site? What should we look for?
A: Medical necessity is not a black and white issue when it comes to documentation. Sometimes you will see that the patient has tiny veins in one arm, so the other arm is used. Unfortunately, this isn’t something that is always documented. Although the medical necessity for the second site is not always something we can code, documentation should be available in case the payer requests the record.

Q: Can you report an infusion 20 minutes after an IVP of the same med?
A: When an IVP and an IV infusion of the same substance are given within 30 minutes of each other, report only the infusion. Ref: CPT guidelines for Hydration, Therapeutic, Prophylactic, Diagnostic Injections and Infusions, and Chemotherapy and Other Highly Complex Drug or Highly Complex Biologic Agent Administration.

Per CPT Assistant February 2009, Volume 19, Issue 2, page 17: CPT 96368 is reported only once per encounter. It’s an add-on code which is reported in addition to the initial infusion code when it’s through the SAME IV access.

Q: What is the difference between modifier 59 and XS modifiers?
A: Modifier 59 indicates a procedure that would normally be a component of another was separately identifiable. The X modifiers (XE, XP, XS, XU) are alternatives to modifier 59 that provide detail about the procedure’s exclusivity, such as a procedure performed in a separate encounter, by a different provider, or at a separate site. The use of modifier 59 vs. the X modifiers is determined by each payer.

Q: If a second IV therapy is given under 31 min, would this be charged as IV therapy additional or IV push?
A: This would code to an IV push. Ref: CPT guidelines for Hydration, Therapeutic, Prophylactic, Diagnostic Injections and Infusions, and Chemotherapy and Other Highly Complex Drug or Highly Complex Biologic Agent Administration.

Q: When will you use the modifier XU for the IV meds?
A: You would not use Modifier XU/59 on the HCPCS codes for drugs. It is rarely used for I&I procedures. An example of when you would use Modifier XU is as follows: A diagnostic procedure is performed. Due to the findings, a decision is then made to perform a therapeutic/surgical procedure. (This may or may not occur in the same procedure room during the same session/encounter.) For example, diagnostic cardiac angiography leads to therapeutic angioplasty.
* See CCI Policy Manual, chapter 1, modifier 59 guidelines. (CMS 2)
* The use of the Z modifiers vs. modifier 59 is payer-specific. If the payer accepts the X modifiers, the appropriate modifier for the situation noted is XU. If the payers do not accept the XU modifier, then modifier 59 is used.

Q: If a provider orders the same IVP drug 20 minutes apart, can we report it?
A: No, they must be 30 minutes apart. Ref: CPT guidelines for Hydration, Therapeutic, Prophylactic, Diagnostic Injections and Infusions, and Chemotherapy and Other Highly Complex Drug or Highly Complex Biologic Agent Administration.

Q: Can hydration be considered a concurrent infusion?
A: No, only infused drugs are considered for this category. Ref: CPT guidelines for Hydration, Therapeutic, Prophylactic, Diagnostic Injections and Infusions, and Chemotherapy and Other Highly Complex Drug or Highly Complex Biologic Agent Administration.

Q: How do we get the correct codes for your scenarios using the 3M Encoder?
A: We recommend using the CPT book or the CPT book function of the 3M encoder when coding these. The codes and guidelines are highly confusing, so this is one area where we always recommend coders rely on book instruction.

Q: For case study #4, I got a different number for subsequent hours of infusion. Could you please verify the number of units for code 96366?
A: The correct coding for this case is

The breakdown for this coding is as follows: 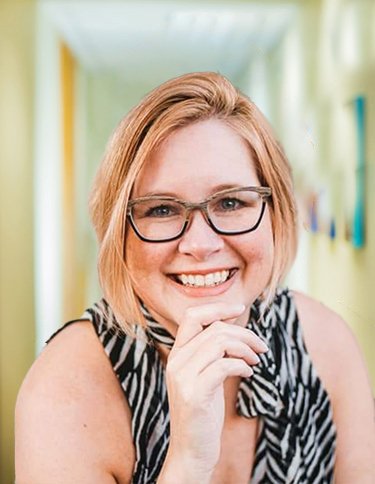 Heather brings over 20 years of experience to the Haugen team, specializing in a variety of HIM and coding roles. She started her career as a coder and quickly moved into management positions, eventually becoming an auditor. Now auditing for 8 years, Heather specializes in inpatient coding with a focus on DRGs. She enjoys digging into our client data to help them find areas of opportunity, providing them with the necessary information, guidelines and best practices to improve their skills. Heather’s humorous personality provides our clients with an easygoing environment to enhance their coding skills with confidence.